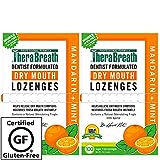 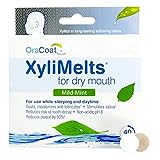 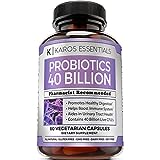 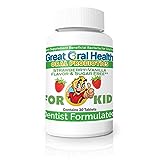 Are Electric Toothbrushes Allowed on Planes?

Thanks to the lack of clarity and the countless rules and regulations enforced by airlines, it’s difficult to know whether you can carry electric toothbrushes when you travel by air. A quality brush carries a small price tag, so it’s nice to know if you can carry one in your luggage before airport security throws it in the trash.

What Is an Electric Toothbrush?

An electric toothbrush has bristles that either rotate or vibrate. Both designs help remove the buildup of plaque from your gums and teeth with maximum effectiveness. The vibrations from the bristles allow thousands of micro-movements every single time you move the brush across your teeth.

How Do Electric Toothbrushes Work?

Electric toothbrushes are equipped with a mini internal electric motor. This motor starts to spin at high revolutions once it’s turned on. Depending on the type of electric toothbrush you have—the oscillating kind or the vibrating kind—the motor will begin its action. This motion in the motor is caused by the electric charge, which is produced by the small battery.

Some electric toothbrushes work on inductive charging. This occurs when two parts of a transformer inside the toothbrush are brought together. The friction generates a small magnetic field and an electric current to charge the battery. In most cases though, you will find electric toothbrushes with batteries that are either replaceable or rechargeable.

All of the electric toothbrush’s components are adequately sealed to prevent water from seeping into delicate areas. Many new electric toothbrushes come with pressure sensors as well as timers that are set at two minutes for optimal brushing.

Why Are Certain Items Restricted on Airplanes?

Over the past decade, the escalation of aviation security has tightened the restrictions on items allowed on airplanes. For instance, you cannot carry certain liquids, such as perfumes over 3.4 ounces or aerosol sprays.  In addition, certain electronic items, especially those that work on batteries, are considered to be unsafe to carry with you during air travel.

Batteries carry the potential to randomly malfunction. In some rare cases,  a battery may even cause an explosion. For this reason, portable chargers or items containing a lithium ion battery are banned from check-in baggage.  These types of devices must be carried in carry-on luggage. This distinction is why travelers feel confused when deciding whether to take an electric toothbrush on a trip.

Are Electric Toothbrushes Allowed on Planes?

As mentioned at the outset, there’s a distinct lack of clarity when it comes to carrying electric toothbrushes with you on an airplane. Since most of these toothbrushes include a lithium-ion based battery inside, they’re potentially dangerous in rare instances.

As a general rule, electronic items are allowed in cabin baggage. Even if a device does accidentally get switched on, you can pull your bag out from the overhead cabin bag storage and switch it off.

Take a look at Delta Airlines’ official statement and policies on lithium batteries. Their stance reflects most of what we see in the industry:

As you probably know, traveling with consumer electronic and medical devices containing lithium cells or batteries (e.g. watches, calculators, cameras, cell phones, laptops, camcorders, hearing aids, etc.) is allowed onboard as carry-on. Spare lithium batteries are allowed as carry-on only, and must be individually protected to prevent short circuits.

If your toothbrush contains a lithium-ion battery, it doesn’t belong there since the rules covering what you can pack in a checked-in bag are very strict. To reduce frustration, it’s just best to avoid packing your electric toothbrush in your checked bag.

If you really want to get another opinion, call the customer care service of the airline you are flying with to be 100% sure. No one wants to throw away an expensive Philips Sonicare Toothbrush at the airport. But TSA won’t hesitate to do so if they have any doubt.

If you forget the old-fashioned version, manual toothbrushes are easily available at every convenience store. If in doubt, it’s the safest bet when you travel on an airplane.

Are electric toothbrushes allowed on planes? The answer ultimately depends on the airline. As mentioned earlier, it is recommended that you contact your airline’s customer care hotline to find out what their rules are on electric toothbrushes. In case you have to take your electric toothbrush, carry it in your cabin bag only. Otherwise, grab a manual version and leave your main one at home.

Toothpaste Ingredients and Your Health